Voices Behind the Razorwire


Asylum: Voices Behind the Razor Wire

The deal was meant to curb flows across the Aegean in return for aid money and the relocation of some Syrian refugees from Turkey to Europe. Greece let its islands be used as a buffer zone to prevent all but the most vulnerable new arrivals reaching the mainland and vowed to return the bulk of asylum seekers to Turkey. In reality, Turkey curbed the sea crossings, the EU handed over aid money, and the other provisions were forgotten. When tensions rise between the EU and Ankara, refugee flows increase. Moria relies on maintaining a balance between arrivals and departures — enough to avoid chaos, but not too many to threaten the political deal.

In the last three months arrivals to the Aegean islands spiked and 23, people came while only 9, were evacuated.

The balance was lost and nowhere more so than on Moria. As the population spiralled over the summer, the camp director Yiannis Balbakakis resigned , saying he was exhausted. Nobody has yet been appointed to replace him. The cabinet met the day after Tajik died and spent the week talking up new legislation to restrict asylum and sort refugees from economic migrants. They have barred asylum seekers from the public health system, even excluding unaccompanied refugee children.

The signature promise was to deport 10, people before the end of Plans are also being floated to turn open camps like Moria into detention centres. But the three leading nationalities seeking asylum on the Greek islands are from Afghanistan, Syria and the Democratic Republic of Congo, all of which have active conflicts. UN Refugee Agency data shows, of the nearly 36, arrivals so far in , three-quarters are from countries with high asylum recognition rates.

The threat of 10, expulsions has reverberated around Moria itself, which may have been its intended effect. News of deportations and death travels fast.

The more horrific the conditions, the more effective the hot spots are as a deterrent to other would-be asylum seekers waiting in Turkey. He recorded what he saw on his phone.

When he reached Moria he slept rough outside the main gates for 22 days, waiting for a tent. When it started to rain he clubbed together with 12 friends to buy a four-bunk hut built out of scrap wood from another Afghan man who was leaving. Art Prints 2. 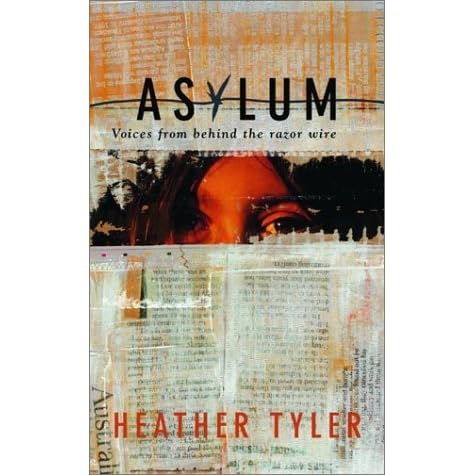 Eventually Deng is resettled in the United States with almost other young Sudanese men, and a very different struggle begins. By Dave Eggers This is the story of Valentino Achak Deng, a refugee in war-ravaged southern Sudan who flees from his village in the mids and becomes one of the so-called Lost Boys. Michael Gordon Michael Gordon was the first journalist to gain unrestricted access to the refugee detention centre on Nauru.

Behind Concrete and Razor Wire

Freeing Ali tells of detainee Ali Mallaie, and follows his story from Afghanistan to Nauru, and ultimately to Melbourne. At a time when the Australian government was under growing pressure for a change in policy, Gordon assesses the human and financial cost of the former Pacific Solution.

Moorehead has visited war zones, camps, prisons — and the Dinka families from the Sudan who were re-settled north of the Arctic Circle in Finland. She follows the fate of 57 young member of the Mandingo tribe, who fled ethnic cleansing and ended up happily in America via Egypt. China Keitetsi This is a powerful true story of Keitetsi, a child soldier who joined the Ugandan National Resistance Army at just eight years old.


Her story details the abuse she suffered at the hands of her officers and how she finally escaped to Europe to start a new life. Now living in Denmark, she is an international campaigner on child soldiers.